Depakine may have effects on subsequent generations 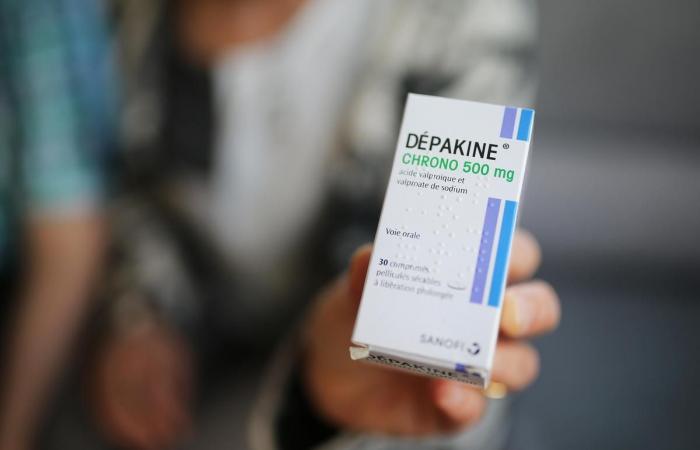 As adults, people exposed to valproate in their mother’s womb could, according to the victim association Apesac, have children themselves victims of malformations or delays

The active principle of Depakine, which causes malformations and developmental disorders in the fetus, could also have harmful consequences on the next generation, alarms Monday, December 6 the association of victims Apesac.

She is worried in a press release about “the transgenerational impact of Depakine”: when they become adults, people exposed to this substance (valproate) in their mother’s womb could, according to the association, have children themselves. victims of malformations or delays.

Apesac and its founder, Marine Martin, have been warning for several years about this risk of transmission between generations. To support these claims, Apesac carried out a study by interviewing 108 members of the association who had been exposed to valproate in utero (85 women and 23 men).

These 108 adults had a total of 187 children. Of these 187 children, who themselves have not been exposed to valproate, nearly a quarter (23) have malformations (hands or feet, heart, kidneys, etc.) and nearly half (88) have neurodevelopmental disorders (autism , psychomotor problems, attention deficit …), some combining both.

Renowned epidemiologist Catherine Hill, who has worked on valproate for several years, participated in the study, which was published in a medical journal, “Birth Defects Research”. Despite the limits of this work, in particular the fact that they are based on declarations and not on proven diagnoses, their results show “the need for studies on the transgenerational impact of Depakine”.

“So far, nothing has been done, the data collected by Apesac have been scorned by the health authorities”, deplores the association. “This contempt for the victims is unbearable,” adds Marine Martin, the main whistleblower on the Dépakine. This drug, taken since childhood to treat her epilepsy, caused serious neurological sequelae in her son born in 2002, and motor coordination difficulties in her daughter, born in 1999.

Sodium valproate has been marketed since 1967 by the Sanofi laboratory under the brands Dépakine (for epilepsy patients), Dépakote and Dépamide (for bipolar patients), as well as under generic brands.

This molecule is responsible for malformations in 2,150 to 4,100 children and neurodevelopmental disorders in 16,600 to 30,400 children, according to estimates from the Health Insurance and the Medicines Agency (ANSM).

Accused by families of victims of having delayed in informing of the risks, Sanofi was indicted in 2020 for “involuntary homicides” in the criminal investigation into this case. The pharmaceutical group, which challenged the validity of an expert report and its indictment, appealed the decision. His requests were rejected on November 13.

MHRA to consider evidence on transgenerational effects of sodium valproate PHARMACEUTICAL JOURNAL The regulator has asked the Commission on Human Medicines to look at data showing the transgenerational effects of sodium...